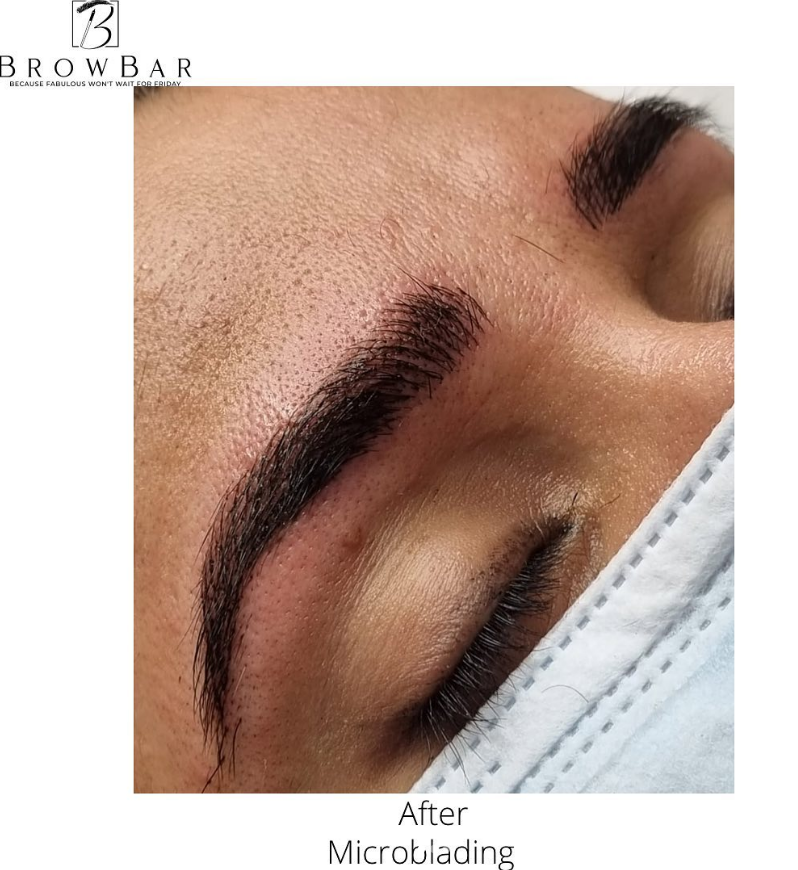 Microblading is a great way to add some definition to the brow. Many people want microblading to either draw their brows in or to give them a more defined look. So if you’re not sure if you are a candidate fit for microblading, keep reading to know who needs microblading.

A common problem for women is the loss of hair in their brows. This can happen when you over-pluck your brows, or if you are born without enough of them to begin with. Many women will try to fill in these gaps by using pencils and other cosmetic products, but they only create a fake look that other people will be able to see right away. What’s even worse is that these products don’t last long and need to be reapplied every day or two!

If you want a more permanent solution for your forehead tattooing needs, microblading may be the answer for you! Microblading involves drawing on individual hairs with a special pen containing pigments that stay put even after one shower! It takes about three hours for this process but once it’s done it should last anywhere from six months or longer depending on how well cared for your skin is (i.e., avoiding tanning beds).

If you have overplucked your brows, microblading might be the solution. Microblading is an alternative to tattooing or semi-permanent makeup that allows for a more natural appearance and can help recreate your natural brow shape.

Microblading can be used on people with scarred skin, or those who have gaps between their eyebrows. Overplucking or waxing will cause microblading to look less natural unless it’s done properly—and even then, the results may not be as nice as they would if you hadn’t overplucked in the first place.

If you want to change the shape of your brows, microblading is a good option. For example, if you have thin eyebrows that are too straight, microblading can give them a more natural look by making them thicker and more rounded. Microblading also works well for those who want thicker eyebrows but don’t want to spend money on eyebrow pencils or gels every day. If you’re moving from one place to another or starting a new job in a different city and need to look professional, microblading is ideal because it creates fuller-looking arches that last longer than other procedures like semi-permanent makeup or tattooing. Microblading can also help those who have lost their eyebrows due to illness such as alopecia areata or cancer treatment (chemotherapy). In these cases, eyebrow transplants will not work because there aren’t enough hairs on top of the skin surface; however this type of procedure may still be an option if done right away after diagnosis so consult with your doctor before starting any treatment plan.

The next time you hear someone say they want to get their eyebrows microbladed, think to yourself: Do they really? Sometimes it’s best to let them go down the rabbit hole and see where their journey takes them. If it’s not for you, chances are it won’t be for them either. Over-filling your brows is a big no-no! You’ll end up with a heavy brow that looks completely unnatural, even if you do have naturally thick hair. When in doubt, take it out on one side at a time and fill in from there—it’ll look much better than going overboard with both sides of your face.

Loss Of Eyebrows Due To Age :

If you’re in your mid-twenties or older, and have lost some of your eyebrows due to age and genetics, microblading might be a good alternative to tattooing. It’s not as permanent as a tattoo would be, but it can fill in gaps for those looking for a long-lasting solution without the commitment. The procedure uses tiny needles to deposit ink into the skin at an angle that creates hair-like strokes that look natural. The results typically last anywhere from six months to two years before they start fading away—but as long as you like what you see when it fades away, there’s no need for another procedure.

Thin Brows Due To Illness :

If you have a condition that causes hair loss, such as alopecia or chemotherapy, microblading may be a great option for you. The small strokes of pigment are much less noticeable than the bold lines of traditional tattooing. If your hair is very thin or light in color, microblading can help add volume and dimension to an otherwise sparse brow. A good rule of thumb is that if you have a medical condition that makes it difficult for your eyebrows to grow back normally—or gives them an unusual appearance—microblading might be worth looking into.

This Information Explains If You’re A Candidate For Microblading :

Microblading does exactly what the name suggests, by filling the eyebrows with micro lines to make them look fuller, straighter and well-planted. This procedure can definitely look more natural than the eyebrow makeup we use nowadays. In fact, in my experience, such artificial makeup leads us to think that our eyebrows are looking thicker than they actually are. It’s great to see that the world has embraced this technique and it can be done pretty much anywhere. Just make sure you ask for a sample before making a final decision.

BrowBar is the most reputable studio for Microblading in Karachi, providing high-quality procedures that are worth your money.

BrowBar checks all the boxes when it comes to hygiene and professionalism. Whereas some individuals are concerned about high-priced studios that provide poor service, BrowBar has a long list of satisfied clientele who can attest to their work. BrowBar’s success is also due to the fact that it is the only studio in Pakistan that offers high-quality microblading.